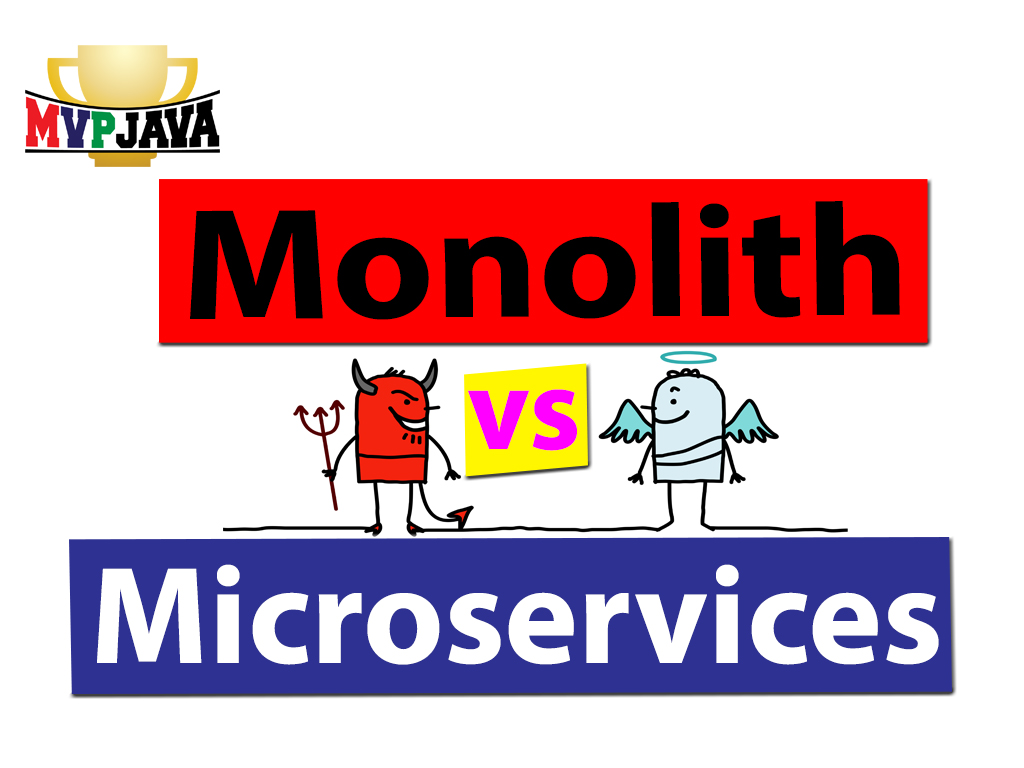 Confused about microservices and want a simple explanation? I’ll break down the pros and cons of both a monolith and microservices architecture and provide some guidance on when to use them.

Why do we need Microservices?

The truth is that the monolith application still has its place in the software industry. By the end of this post, you’ll be able to answer all those questions and more. For now, I’m initially going to place lots of blame on the monolith to describe the problem we’re trying to solve but afterwards you’ll understand that some problems are just limitations in flexibility. Flexibility you may not need.

What is considered a monolith application?

Very simply, an application (no matter the size) which can only offer its services if deployed as a single deployment unit.

If a single line of code is changed and this necessitates re-deploying the entire application, then you’re working with a monolith!

How did we get stuck with a monolith application?

The monolith is an architectural style composed of several well-known tiers. The most familiar are the graphical front end, the business and persistence layer tiers. These application tiers closely mirror how a company has organized its teams by technical ability.

The Front-end developers might know JavaScript, HTLM, CSS but don’t really know any Java programming. The Java developers are in another team handling the business tier logic and don’t venture off to the front end or database. The Oracle database admins are in another team and don’t do coding, their all about data. Each team is very specialized (just like the tiers) and don’t have the technical skills to contribute to the other teams.

This organizations division of technical ability into separate teams is what influences the architecture of the application and that is how we came to know the multi-tier monolith architecture.

What’s the problem with a monolith architecture?

Today, clients expect our software to be resilient, highly available and frequently released whether it be to fix a bug, patch a security vulnerability or roll out a new feature. It’s all about flexibility and that’s something the monolith just can’t deliver at the rate needed in today’s demanding landscape. Why?

The fact that our application is deployed as a single deployment unit gives root to several limitations listed below.

How do Microservices solve these Problems?

Microservices consist of multiple independent deployable services. The architecture is no longer split across multi-tier service boundaries which are organized by technical assets. Rather, business services are architected to contain the entire slice of functionality needed from end-to-end.

Example: Suppose you had a Customer profiles service. This microservice would contain the front-end code to display/enter the customer profile information, the business logic and its own data store. All this would be packaged within its very own independent deployment unit!

The big idea here is that each microservice would now be managed by separate smaller teams of experts responsible for it’s entire life-cycle – including deployment. This is an organization alignment shift which moves away from teams that are grouped by technical ability to smaller teams of experts assigned to each microservice. Several benefits are gained as listed below.

What are the disadvantages associated with Microservices?

The flexibility that microservices brings is great but it doesn’t come for free as various challenges must be overcome . All these challenges come from the fact that we are using a distributed architecture.

The development environment becomes more challenging in running all your microservices on a single developer machine due to hitting hardware resource limits. Perhaps developing on the cloud is something you need to explore if you find yourself surpassing your local resources.

You have to think of data modelling in a distributed architecture where the schema is spread out across all those microservices. Ensuring that we can still perform reporting queries and maintain data consistency via distributed  transactions.  This is especially difficult when decomposing a monolith to a microservices architecture.

With a monolith, everything is in the same process space so this makes troubleshooting many problems and sharing resources much easier. In a distributed architecture, troubleshooting is much harder! How are you going to figure out where the latency bottle neck is across your cluster of microservices? By definition a distributed architecture will introduce increased latency and therefore you need to be prepared to monitor this.

How are you going to handle logging if a microservice is making API calls over the network to other microservices running on other hardware and across multiple instances?

End-to-end testing is more complex and time consuming as multiple test fixtures for each microservice involved needs to be setup. Added testing for network failures and timeouts need to be considered.

In a distributed system, data is moving outside a single process space and flowing from one microservice to another, security is even more of concern.

What are the advantages of a monolith application?

The fact that a single process is deployed brings along several inherent advantages over its distributed counterpart. Development, testing, troubleshooting, log aggregation, deployment, and sharing code across the application are simplified. Again, this simplification comes at the cost of reduced flexibility, as described earlier.

Should I be using Microservices?

Not unless you have a reason to justify overcoming all those challenges! A microservices architecture is just another option and not the new standard on how to architect your next application. The following Q&A should clarify this.

How big should a microservice be?

That’s really an impossible question to answer! It’s like asking “How big should your monolith be?” or “How many lines of code should an interface have?”. My advice is to keep your interface as small as possible. That will help in keeping your microservices as focused and as small as possible. Size should not be your determining factor, it’s not important. How many microservices can you handle? That’s something that you should be more concerned about.

Don’t believe the hype, microservices are just an optional architecture for projects that need the extra flexibility. The monolith architecture is alive and well and I would consider it as being the go to architecture unless valid reasons emerge to prove otherwise Nothing is free and microservices is no different. For the right price, you can buy your flexibility!