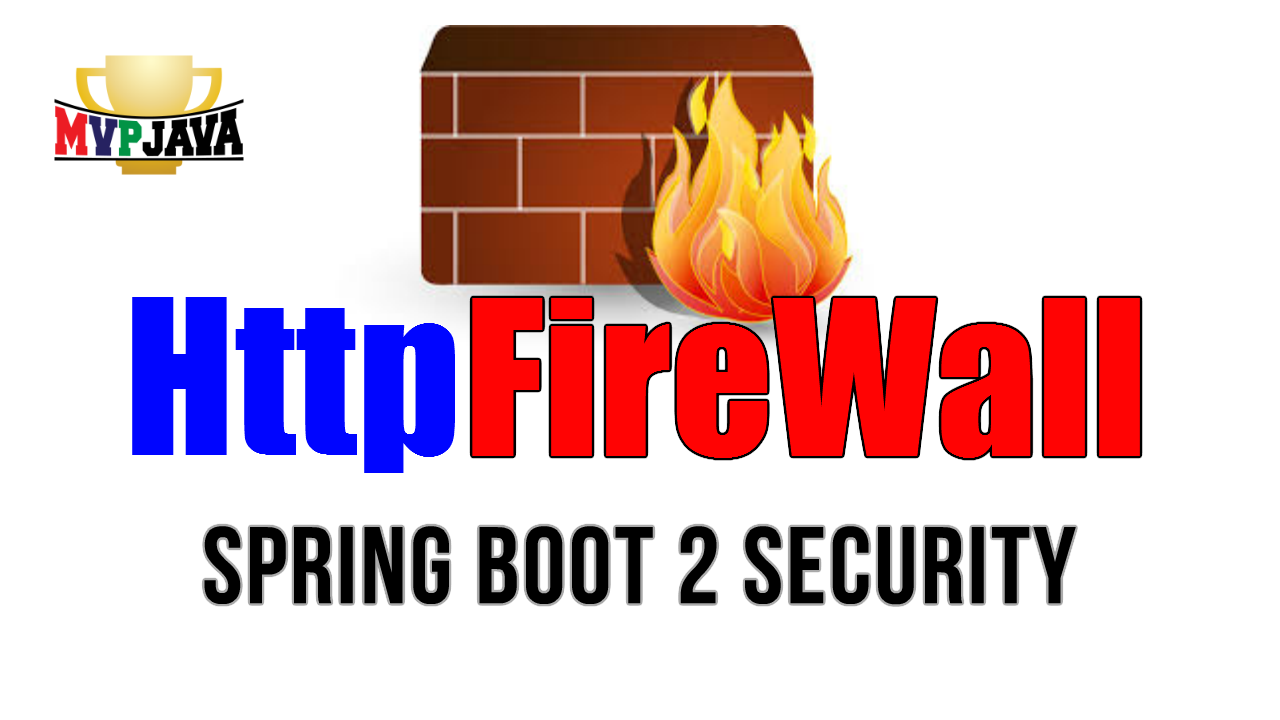 Did you know Spring Boot Security gives us a fully functional HTTP Firewall out of the box? Don’t worry if you didn’t because not many people do! In this post I’ll explain what Spring’s HttpFirewall is, what type of security protection it offers and where it’s positioned in Spring’s Security.

Spring Boot configures many aspects of security out of the box . One of those is a HTTP firewall which is implemented as interface type HttpFirewall.  Much attention is usually placed on Spring’s security filters when discussing Spring Security (and rightfully so) but what isn’t obvious is that the HttpFirewall is our first line of defense.

This post covers Spring Boot 2 and Spring Security 5. The following Spring Boot starter dependency is all that is needed to get off and running and have the HttpFirewall auto configured.

If your interested in reading about Spring Boot’s default Security configuration then check out my post here.

There is another implementation called DefaultHttpFirewall which is ironically not the default and is much more forgiving than its stricter counterpart. It tries to rectify the issue by attempting to sanitize the URL instead of outright rejecting it however, Spring recommends using the StrictHttpFirewall instead – safer.

There are no loggers, nor logging messages in any of the HttpFirewall implementations. This possibly has contributed to the reason why this Spring Security feature has gone under the radar as we never see any mention of it in logs, especially on startup.

How Does HttpFirewall Protect Us?

Basically, the Http firewall implements rules that enforce added security to sanitize and protect us against potentially harmfully crafted URLs even before they reach the security filter chain.

Some, but not all of these protections can be customized/overridden via setter methods. I’ll cover the StrictHttpFirewall implementation specifically here as it make more security sense to do so.

Rejects HTTP methods which are not part of the allowable safe list. This is specified to block HTTP Verb tampering and XST attacks. The default list allows for HTTP methods DELETE, GET, HEAD, OPTIONS, PATCH, POST, PUT.

If your try sending a TRACE or CONNECT, then that would be considered  a forbidden HTTP method and therefore a RequestRejectedException would get thrown with message “The request was rejected because the HTTP method <HTTP Method> was not included within the safelist“.

You can override this behavior by specifying your own safe list via method setAllowedHttpMethods. It is also possible to turn this off and allow any HTTP method by calling setUnsafeAllowAnyHttpMethod(boolean) however this will open you up to HTTP verb tampering and XST attacks.

URL/URI normalization is the process used to determine if the syntactically different URIs are the same. For example ..

Now if we take a look at this from a security point of view, this means that some hackers can craft certain URLs in a manner which bypasses security constraints.

You cannot disable this feature as it is considered extremely risky. If you want to relax the security, you can always fallback to the DefaultHttpFirewall or implement your own HttpFirewall with a mix of both strict and somewhat relaxed security constraints.

If a http request cannot be normalized, a RequestRejectedException would get thrown with message “The request was rejected because the URL was not normalized”.

This one is tricky as everything seems normal on the surface but actually your site www.yourbank.com might actually be another www.yourbank.com since the “a” in URL is actually a Unicode character like http://www.yourb&#1072;nk,com/ that looks like the English ASCII character “a” but is not!

All of them have their unique security exploits (which I won’t get into) however if they are encountered you will get a RequestRejectedException with message “The request was rejected because the URL contained a potentially malicious String <forbidden_string>”.

The following can be used to customize the behavior of Spring’s HttpFirewall in Java Config ..
Spring Boot 2 Security | Customizing HttpFirewall

Hopefully you now have a better appreciation with what you get out of the box with Spring Security. HttpFirewall might not get a lot of media attention but knowing how it protects us can go a long way in helping us understand and customize our application security.